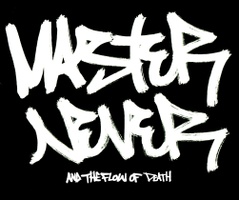 MASTERNEVER AND THE FLOW OF DEATH

Arious Alcide is a young martial arts master, living in Chinatown, New York. He has been given the task of adding his fighting style to a 2,000-year-old Chinese legacy, known as

In order to do so, he must decipher an ancient document written in a mystical form of graffiti, known as Forgotten Hand. As he sets out on his quest to find the legendary writer who created the document, he is confronted by a Triad family, a sorcerer and several Kung Fu masters who want to defeat him.